Imbolc snuck up on me faster than I could have guessed this year! But I’m so ready for spring, so not gonna complain. I kept it really simple this year. Again. And while part of me likes that, I really, really want to work on liturgy. For Bealtaine, I may look at the ADF liturgy, see what strikes me and use it as a template if nothin else.

But it was pretty relaxed. It got up to about 65ºF on Thursday, which was so perfect for Imbolc in the South. I was afraid it was gonna rain, but it didn’t. I’d set up the framework for the fire in the old chimney out back a while ago, so I just took some of the junk mail, dryer lint, and and paper bags out to use for fodder. Practical, environmental, and symbolic. I’d also saved the cardboard containers that mushrooms come in, which are perfect for non-liquid offerings cause you can just toss the whole thing in the fire, makin cleanup even easier. I offered butter and cream per tradition, as well as some limes because I love them and for the way they remind me of spring. They were a little older, but still good, which seemed like a good balance, too. I also burned my wreath from the winter, which hung on the front door from just after Samhain until Thursday. It was made from some kind of sweet-smelling evergreen and good lord did it burn! I need to clear out the smaller tress that have grown up around that chimney cause the flames had to blaze up to 8 ft high and I was afraid it was gonna catch the little trees on fire. But it also makes sense as to how Christmas tree fires get outta hand so fast; I’ve never seen anything burn like that. But everything was fine, lesson learned, and I love the idea of burning away the old and a symbol of winter. I wore it on my head for a few minutes, which reminded me that I’ve had some kind of seasonally floral crown the last 2 major fire holidays and I think I wanna keep up that tradition. One of the things I’ve been reflecting on about it is that the green helps with my seasonal depression initially, but at some point transitions to bein a reminder that it’s still winter. Burning it was therapeutic and I think that’s as important as anything. 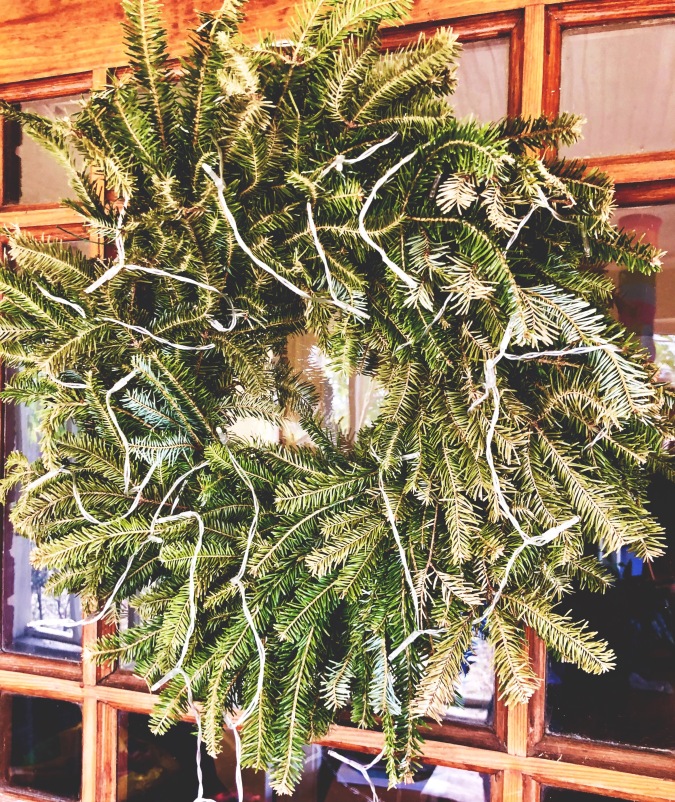 But I didn’t have anything prepared for the liturgy. Instead, I used an Imbolc playlist from YouTube, which turned out to be really good, and sang to Brighid and Na Dé. I was out there for a couple hours, singing, contemplating, and just being. That part was nice and I like the idea of including that, but feel the need (and have for years) to have ritual language to use during the processional and for a formalized offering. I usually speak through what I”m offering and why, but that still doesn’t feel adequate. But I’m just gonna have to actually do somethin about it rather than just continuously complain abut it.

But it was a good day overall. I took Moonie on a walk and saw the daffodils gettin ready to bloom. The Southern snowdrop, if you will. It’s always nice to see them pop up. And I noticed that the Chinese Magnolias are juuussssst startin to bud, so they’ll be flowerin soon, too, which is usually when spring is here to stay.

The daffodils almost in bloom

Until then, I’ll keep forgin this new extension of my Southern Gaelic path and see what happens. Despite my longings for finer details, I’m truly happy with where I am and where I’m headed.